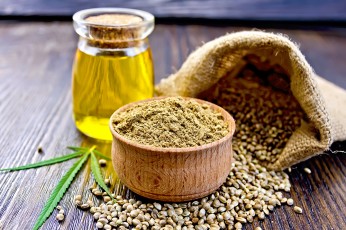 Exploring the growth of hemp and its associated industries in the United States and Ukraine.

In “The Case for Hemp in Maryland: A Misunderstood Plant Takes Root Again,” environmental journalist Rona Kobell investigates the explosive growth of hemp across the United States and even distant Ukraine.

Following up on her 2017 Abell Report Hope for Hemp, which discussed the agricultural, environmental, and entrepreneurial advantages of industrial hemp, Kobell turns her attention to what is happening today in a wide variety of farming communities. The report explores why other places are embracing hemp and highlights lessons that Maryland can learn in implementing its own hemp growing program.

Kentucky and Virginia, for example, are turning to hemp to replace tobacco. Both states historically grew the plant before it was outlawed in the 20th century, and now hemp is thriving there once again. Colorado similarly started growing hemp to fill the gap as demand for potatoes has decreased.

Another benefit of hemp is that it is easy to start a growing program, with many states finding that it takes just one year from legalization to planting a crop, with little or no public funds. Colorado, for example, grew no legal hemp in 2013. By the end of 2017, the state is projected to have 9,000 acres.

Pennsylvania legalized hemp with a unanimous, bipartisan vote in the legislature in 2016. Officials there are excited about the environmental benefits of growing hemp, especially as the state works to clean up the Susquehanna River, which flows into the Chesapeake Bay. Hemp makes a good cover crop, is grown pesticide-free and even amends soil health.

These states are already reaping the benefits of growing hemp, including creating jobs, reinvigorating soil, and creating products that range from an environmentally friendly synthetic material that can be used to replace insulation and plastics to a heart-healthy food.

The report concludes that “Maryland and Baltimore can catch up quickly if they can find the political will to legalize the plant that helped found this nation.”