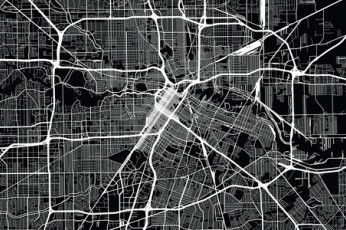 An Abell Foundation inquiry into the metropolitan consolidations in Louisville, Kentucky; Indianapolis, Indiana; and Nashville, Tennessee.

In 2012, the Abell Foundation launched a research project aimed at studying metropolitan consolidations. Distinct from an annexation where a city adds to its land area, consolidation combines some or all of the government functions of two or more jurisdictions. Our broad purpose was to inform a conversation that has occurred sporadically in the Baltimore region over the past 70 years.

We commissioned independent researcher Jeff Wachter to conduct case studies of three of the most prominent examples of metropolitan consolidations that have occurred between 15 and 55 years ago: Louisville, Kentucky; Indianapolis, Indiana; and Nashville, Tennessee. The first two case studies, originally published by the Foundation in 2013 and 2014, respectively, examined the more recent consolidations of Louisville and Indianapolis. We have re-issued the first two case studies and are publishing the third and final case study of Nashville, now, to be considered as “a boxed set.”

Our goal for this project was to better understand these metropolitan consolidations: what advocates hoped to achieve, what opponents feared would result, the process by which these mergers were accomplished, and what happened as a consequence—both positive and negative. For the three cities that we studied, consolidation did have positive effects on population growth and economic development, and each experienced the beneficial effects of becoming a larger, more prominent city within the national landscape. Taken together, the case studies have the potential to inform a renewed conversation around consolidation in the Baltimore region.

Louisville, Kentucky: “A 10-Year Perspective of the Merger of Louisville and Jefferson County, KY: Louisville Metro Vaults From 65th to 18th Largest City in the Nation” (Originally published in 2013)

After several failed attempts at creating a Louisville/Jefferson County Metro Government, business and political leaders came together in the 1990s to push for consolidation, in order to address Louisville’s long-declining population and tax base, escalating government spending across Louisville and Jefferson County, and the ongoing competition between multiple economic development organizations. The Metro Government was officially established in 2003. By the 2010 Census, Louisville had jumped from the 65th to the 18th largest city in the U.S., and the more unified approach to economic development has had positive results for the local economy, even as manufacturing jobs have left the region.

Indianapolis’ efforts to consolidate with Marion County were swift and decisive, spurred along by a Republican effort to take control of the formerly Democratic stronghold. The Indiana legislature approved the Unigov bill in 1969, setting up the consolidation of Indianapolis and Marion County in January 1970. Despite a lack of a referendum from the voters, Unigov consolidation allowed the region to capture population growth in the suburbs, retain political power at the state level, and steadily grow its economy.

In the aftermath of World War II, the city of Nashville faced a shrinking population and declining tax base while surrounding fast-growing suburbs lacked adequate infrastructure and services. By 1962, a changing political landscape and grassroots support allowed consolidation to pass in local referendums. Like other cities, Nashville was able to better leverage suburban growth and has benefitted from robust economic growth in the decade following the merger. And, as in the other cities, while overall the entire city benefitted from the economic growth, those benefits have not been distributed equally to all residents.