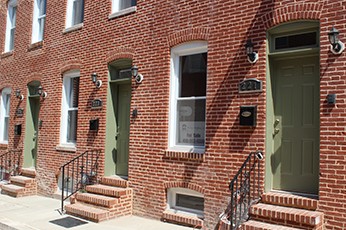 In November 2010, Mayor Stephanie Rawlings-Blake and Housing Commissioner Paul T. Graziano launched Vacants to Value as a multi-pronged assault against the growing number of vacant buildings and their absentee landlords. This report, the first third-party evaluation of Vacants to Value, explores the strategy’s successes and its struggles.

Written by veteran Baltimore journalist Joan Jacobson, the report analyzes city data and relies on in-depth interviews about the city’s signature blight-reduction effort. The report concludes that the Vacants to Value program is generating positive results in select Baltimore neighborhoods and has facilitated private investment in those neighborhoods.  However, its results have been exaggerated by Baltimore City housing officials, and it has not generated significant changes in the city’s lowest-income neighborhoods with the most vacant properties.

The report shows that, despite the city’s efforts, Baltimore’s vacant building stock continued to grow in Vacants to Value’s first four years, increasing by more than 500 properties to 16,636 vacant buildings by the end of 2014.  The continued growth is not due to lack of program success, rather it is because of a lack of jobs, decades of disinvestment and population loss, a lack of financing, and a limited response by a government strained by a lack of resources.

Despite Vacants to Value’s shortcomings outlined in this report, Baltimore Housing has erected a solid foundation that a future mayoral administration can build on to stem the tide of vacant properties and strategically initiate the restoration of hundreds of abandoned buildings, while demolishing others. This study can serve as a road map and provides recommendations on how to move forward.

Maps of Vacants to Value progress