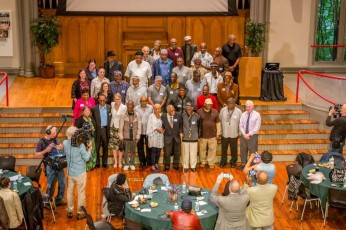 With support from the Abell Foundation, the Justice Policy Institute looked at what happened when Maryland released nearly 200 older people from prison as a result of the Unger v. Maryland case.

The landmark court case, Unger v. Maryland, offered powerful lessons for policymakers and stakeholders interested in tackling mass incarceration. The 2012 case centered on remedying improper jury instructions and applied to a cohort of people who had been sentenced to life in prison prior to 1981. The decision resulted in the potential release of nearly 200 people from Maryland prisons who had served more than 30 years and been sentenced to life terms. Most of these individuals were convicted of murder or rape.  The release created a natural case study from which Maryland and other states can learn.

What makes the Unger decision particularly unique is that specialized reentry programming was provided by the University of Maryland School of Social Work and funded by the Open Society Institute–Baltimore. A team of social workers, lawyers and formerly incarcerated people, provided an intensive level of support to the people released as a result of the Unger decision, also known as “the Ungers.” The Unger releasees received specialized assistance in obtaining state ID and social security cards, birth certificates, benefits, transportation, housing, employment, and referrals to reentry programs.

In the six years since the decision, only five out of the 188 people released under the Unger ruling have returned to prison for violating parole or a new crime – less than 3 percent. Maryland’s overall recidivism rate is 40 percent.

We have learned a number of important lessons from the Ungers including:

The JPI report recommends specific policy changes. These include: