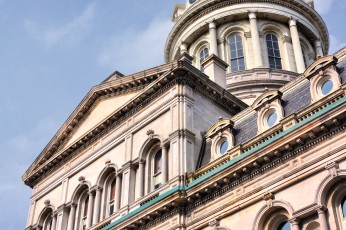 Baltimore City’s Office of Inspector General (OIG) was created in 2005 through an executive order by then-Mayor Martin O’Malley, with the goal of increasing government accountability. Over the past 12 years, however, the Baltimore OIG has experienced ups and downs that have negatively impacted its continuity of operations and prevented it from achieving its desired goals.

In this latest Abell Report, former Baltimore Inspector General Robert Pearre and former City Solicitor George Nilson examine the structure and effectiveness of the Baltimore City OIG and recommend a series of reforms.

Hundreds of OIGs are currently serving state and local governments across the country with a mission similar to that of the one in Baltimore. OIGs are intended to serve as an independent and objective unit that is free from political influence. They conduct audits and investigations to promote economy and efficiency and to detect fraud, waste, and abuse. In addition, they provide information to policymakers about problems and deficiencies and recommend corrective action. All of these activities are geared toward improving practices, ensuring government effectiveness, saving money, and promoting transparency and trust in government.

In 1996, the Association of Inspectors General (AIG) was formed to support, strengthen, and assist the work of state and local OIGs. In 2001, the AIG published a compilation of principles and standards for OIGs, which became known as the “Green Book.” Laying out quality standards for offices, investigations, inspections, and audits, the Green Book became the archetype upon which many OIGs frame their work. It also provides the accepted benchmark for comparison: adherence to the Green Book standards will result in an empowered OIG. When jurisdictions fall short of the Green Book, a weakened OIG will result.

This report compares the current structure of Baltimore’s OIG against the Green Book archetype and recommends changing the structure to strengthen the OIG, increase its autonomy, and improve its ability to effectively execute its mission.