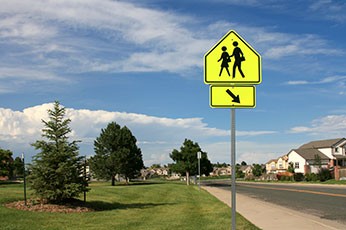 What if we gave families who wish to do so a chance to send their children to higher performing schools in more affluent neighborhoods?

The Baltimore Housing Mobility Program (BHMP) is a housing voucher intervention established in 2003 as part of the legal remedy from the Thompson et al v. HUD fair housing court case. The BHMP vouchers serve as desegregative housing opportunities, replacing high-rise family public housing originally built on a segregated basis and maintained for a virtually all black occupancy until demolished in the mid to late 1990s. The program was created to provide eligible low-income families with a housing subsidy and counseling support that assists them with residential moves to lower poverty and more racially integrated neighborhoods across the Baltimore metropolitan area.

This report, written by Stefanie DeLuca, Anna Rhodes and Philip M.E. Garboden of the Johns Hopkins University, details findings for the earliest implementation of the BHMP. It examines a total of 1,423 families with school-aged children who participated in the program from its beginning in 2003 through 2012.

It finds that the BHMP helped families relocate to radically different neighborhoods, with much lower poverty rates and lower levels of racial segregation. These neighborhood changes were durable—seven years after receiving their voucher most BHMP families continued to live in lower poverty, and more racially integrated neighborhoods, compared to where they lived before moving as part of the program.

These residential moves were also accompanied by significant improvements in children’s school contexts. After receiving their voucher and moving to new neighborhoods, nearly three-quarters of the BHMP students were enrolled in suburban county school districts. After moving, the students attended schools with less poverty, less racial segregation, and higher academic achievement.

Our findings show that within five years of voucher receipt students participating in this housing program—which does not incorporate any direct educational intervention—began performing better on standardized tests than they would have in the absence of the program. Without any explicit educational resources as part of the program, the BHMP showed dividends in students’ learning.