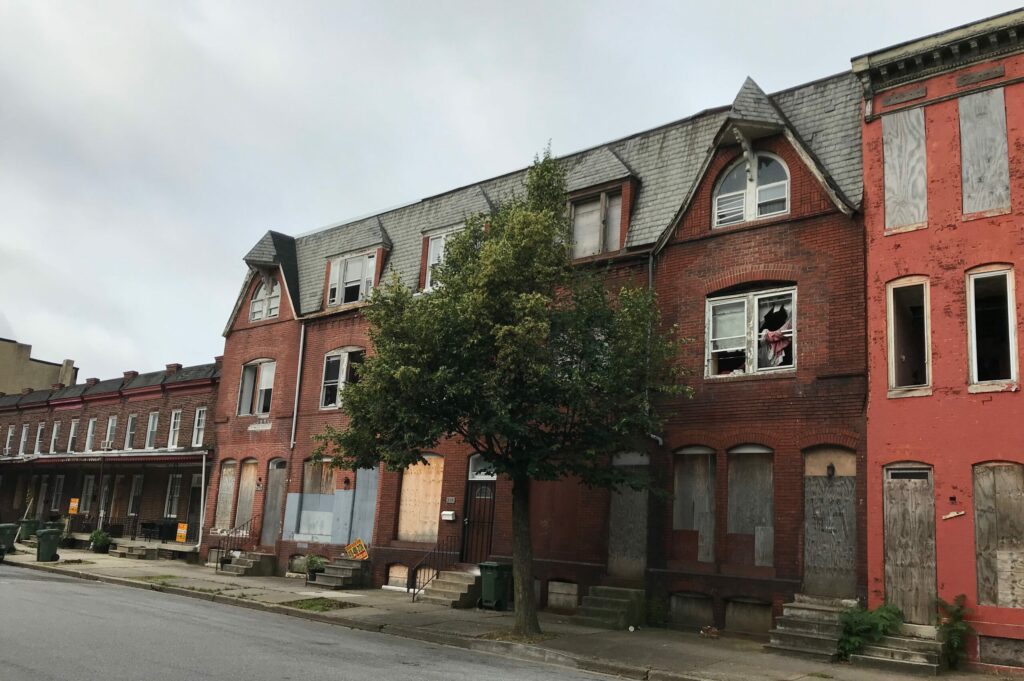 Vacant houses, uninhabitable due to abandonment or lack of owner investment, exert a heavy cost on neighborhoods and the City as a whole. This report calculates just how steep the public cost is and provides an economic backdrop for future action.

The fire that tore through a vacant rowhouse in West Baltimore in January and killed three firefighters trapped inside cast an urgent, tragic light on the challenges posed by vacant houses in Baltimore. It also sparked renewed questions about the scope and scale of Baltimore’s vacant housing problem and how to address it.

In The Costs of Baltimore’s Vacant Housing, Mary Miller and Mac McComas of Johns Hopkins 21st Century Cities Initiative estimate that Baltimore’s vacant housing accounts for at least $100 million in lost tax revenue annually and an additional $100 million in annual public expenses.  These costs are magnified by public health impacts on residents and heightened crime, less measureable effects but also very real costs. In Baltimore, these costs are also highly inequitable as they are largely borne by majority Black neighborhoods and Black homeowners.

With research support from Abell and the Robert W. Deutsch Foundation and utilizing data from the Baltimore Neighborhood Indicator’s Alliance and Open Baltimore, the report argues that understanding the true costs of vacant properties is the first step in developing a broader economic plan for increasing residency in the city.

The report’s findings include:

While the costs of rehabilitation vary widely, the estimated cost to close the gap between rehabilitation costs and sales price is below the annual lost revenue and cost the city is currently incurring.