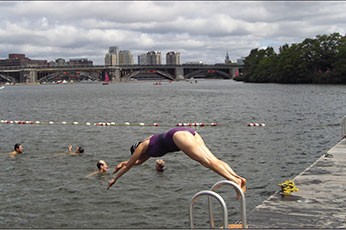 An Abell-funded Report by the Center for Watershed Protection for the Waterfront Partnership for Baltimore.

“Swimmable Cities: Lessons for Baltimore from Five Cities that Have Cleaned Up Their Rivers, Lakes and Estuaries“ studies how Atlanta, Boston, Los Angeles, New Orleans and Norfolk overcame sewer infrastructure problems – similar to those faced by Baltimore – to make large improvements in the health of their waterways. The report includes a detailed look at how these major U.S. cities accomplished pollution reduction as well as lessons learned for Baltimore that includes strategies for how to make the Harbor swimmable and fishable in a timely, affordable way.

Baltimore City, like many older urban areas, is under a legal mandate from the EPA to eliminate sources of sewage in the City’s waterways. Baltimore has made progress over the last 14 years including a $1.1 billion plan to repair the deteriorating sewage system. In addition, the City implemented an Integrated Planning Framework – which is a comprehensive guideline endorsed by the EPA for the City to look at the environmental, social, economic, and efficiency benefits of prospective improvement projects and then prioritizes those with the greatest cumulative impacts. This should allow Baltimore to get the most bang for the buck while keeping spending in an affordable range for the City’s citizens.

Swimmable Cities was produced by the Center for Watershed Protection for the Waterfront Partnership of Baltimore and was funded by the Abell Foundation to examine what made the studied cities successful and how Baltimore can follow a similar path. The report also spotlights how new technologies, increased investment from State and Federal partners as well political leadership played an important role in the cleanup efforts of the highlighted U.S. cities.