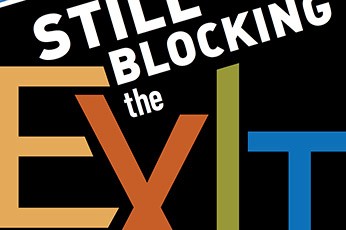 An ACLU report highlighting the plight of those serving life sentences in the Maryland prison system.

With support from the Abell Foundation, The Maryland Restorative Justice Initiative and the American Civil Liberties Union of Maryland have released a new report, “Still Blocking the Exit,” documenting the significant human and financial costs of Maryland’s broken parole system for lifers.

The report includes stories from many of the 2,100 people are serving parole-eligible life sentences in Maryland. Among this group are more than 340 individuals who were 17 or younger at the time of their offense, as well as numerous elderly and medically vulnerable individuals. These men and women were sentenced with the understanding that if they proved themselves genuinely rehabilitated they would be paroled. But, in fact, they are now more likely to die in prison after serving many more decades than anyone expected, than they are to be paroled, regardless of evidence of rehabilitation.

Learn more about their stories, the reasons why they remain in prison, and what can be done to reform the process.