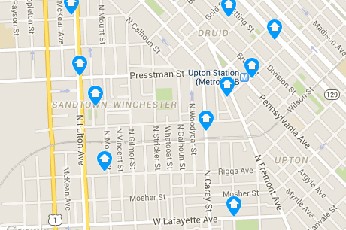 20 years later, what are the lessons learned?
In 2013, reseachers analyzed the 20 year-old legacy of large-scale reforms in Sandtown-Winchester

The April 2015 death of Freddie Gray and the events that followed brought heightened attention to Baltimore’s Sandtown-Winchester neighborhood. This report, written almost two years earlier, details the efforts to improve the neighborhood and some of the results of those efforts.  It offers vital context to contemporary conversations.

Since the late 1980s, residents, local government, and private foundations have worked together to bring new opportunities to Sandtown.  Drawing on public and private funding, neighborhood transformation efforts throughout the 1990s and early 2000s invested almost $130 million in the neighborhood through grants, loans and development.  These efforts attempted to make the neighborhood a place where families and children could realize opportunities long denied the nation’s poor.

In this report, Sandtown-Winchester: Baltimore’s Daring Experiment In Urban Renewal, researchers examined the long term legacy of these reforms by looking over time at changes in the fortunes of the neighborhood and its residents. They found increases in homeownership that were likely associated with the Neighborhood Transformation Initiative. The neighborhood also benefited from declines in poverty and crime that represent, in part, trends throughout the whole city of Baltimore during the same time period, making it hard to conclude that the revitalization effort led to these changes.  They also uncovered challenges that remain in the neighborhood, including high rates of foreclosure, unemployment, and weakly performing schools.