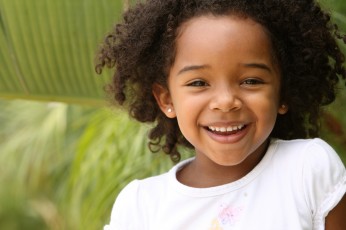 Baltimore City has some of the highest incidence rates of Adverse Childhood Experiences, or ACEs, in Maryland. ACEs include experiences of child maltreatment and other family problems such as domestic violence and parental incarceration. Not only are these ACEs common, but they frequently co-occur. The cost of ACEs to the individual—and to society—is enormous. ACEs are associated with increased risk for a broad range of negative social outcomes, psychiatric and substance use disorders, health risk behaviors, and medical health problems.

In recent years, researchers have begun exploring the effects of the other ACEs – Adverse Community Environments such as poverty, violence, and discrimination, finding that they increase exposure to the traditional ACEs, exacerbate the negative impact of the traditional ACEs, and also independently contribute to health disparities.

In “Prevention, Intervention, and Policy Strategies to Reduce the Individual and Societal Costs Associated with Adverse Childhood Experiences (ACEs) for Children in Baltimore City,” Drs. Elizabeth A. Thompson and Joan Kaufman of the Kennedy Krieger Institute survey the Baltimore City landscape in terms of prevalence of ACEs and the availability of interventions to address them. The report also reviews the state of the science on programs designed to prevent ACEs and mitigate their negative effects.

The survey identified a wide array of services designed to prevent and mitigate the negative effects of both the traditional and community-level ACEs in Baltimore. In addition to specific trauma-focused treatments subsequent to ACE exposure(s), the city offers a broad spectrum of prevention, early intervention, and resilience-promoting programs. As the report finds,  multiple evidence-based treatments are available, as well as some whole family and intergenerational intervention approaches, exciting grassroots change efforts, multiple sector/discipline partnerships, new legislation, and care integration efforts mobilized to impact ACEs.

Despite the many innovative efforts underway, however, rates of trauma exposure and poly-victimization of children in the city remain exceedingly high. This report concludes that some new strategies and approaches are warranted to move the needle toward more positive change.

The recommendations derived from this report are organized into seven sections:

Baltimore is a strong city, with residents who are committed to supporting their neighbors and finding innovative solutions to the city’s problems.  While working to intervene directly with those who have been exposed to ACEs, solutions must also address the structural racism and other factors endemic to Baltimore that perpetuate a state of toxic stress for its residents. The end goal has to be a drastic reduction in children’s exposures to ACEs.