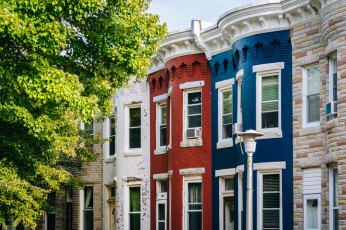 From 2007 to 2017, a troubling trend emerged: the homeownership rate in Baltimore City fell from 51% to 47%, and the Black homeownership rate sank to 42%. This trend is part of a national crisis – even as other racial groups across the country have largely recovered from the wave of foreclosures during the Great Recession, Black homeownership continues to decline. The question now is whether more extensive first-time homebuyer incentives, and more flexibly underwritten home loans, could reverse declining rates of homeownership.

Another complicating factor is the COVID-19 pandemic, which has caused unprecedented spikes in death, illness, business shutdowns, and unemployment, and has hit Black households and communities particularly hard. The COVID-19 crisis adds great urgency to the racial income, wealth, and homeownership gaps discussed in this report. While not addressed in this report, the authors acknowledge that emergency measures are essential to addressing a potential wave of pandemic-caused evictions, as well as tax sale and mortgage foreclosures.

In Baltimore and across America, to address falling homeownership rates, we have to recognize and reverse underlying racial inequities. The report outlines needed systemic solutions:

Read the report
Read the appendices