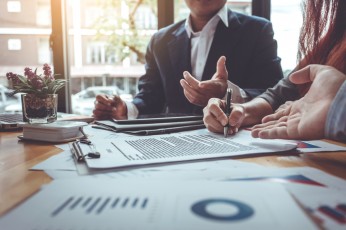 Public banks, owned by state or municipal governments and dedicated to public service, have a proven track record of promoting local economic development and financial inclusion in the U.S. and abroad.

Across the United States, local governments are reconsidering their relationships with private financial service firms. In “The Municipal Banking Movement: An Opportunity for Baltimore,” historian Sean Vanatta explores how the latest national banking trends are affecting Baltimore and how public banking models from other cities, states, and countries could inform a municipal banking movement in the city.

Individuals and small businesses in Baltimore have been hard it by banking consolidation. The top five banks in the city are all based elsewhere and control nearly 80 percent of the banking market. Nationwide, those same five banks control nearly 50 percent. Additionally, large national banks are beginning to close branches and focus on online service. This creates banking deserts, often in already underserved communities. In the Baltimore Metropolitan area, for example, 21 percent of people overall are underbanked. For African Americans, however, the number of underbanked is 41 percent.

Baltimore clearly understands the longstanding problems of urban disinvestment and financial exclusion in the city. In addition to existing public programs aimed at revitalizing neglected communities, such as the city’s Land Bank and Community Catalyst Grant Program, Baltimore has eight active CDFIs providing community development and lending services. And, the recently launched Neighborhood Impact Investment Fund looks a lot like a public bank with its mission to invest in inclusive and equitable growth in historically disinvested neighborhoods.

This report offers examples of public banking alternatives that offer models for Baltimore to learn from. The Bank of North Dakota was established in 1919, is the sole depository for North Dakota state funds, and supports a robust local development agenda. In Germany, there is a system of regional banks known as Sparkassen. These banks are supervised by local stakeholders with an explicit mandate to provide financial services to poor people. Taking advantage of its established infrastructure, the U.S. Post Office offered banking services to small savers starting in 1911. Postal accounts were able to survive the banking crisis of the Great Depression, but shifting public sentiments killed the program in the 1960s.

Los Angeles, New York and Seattle, among others, are actively considering public banking as a way to address specific needs. Most of these initiatives started with a feasibility study. The report recommends Baltimore conduct its own feasibility study as a first step in potentially developing a public bank.