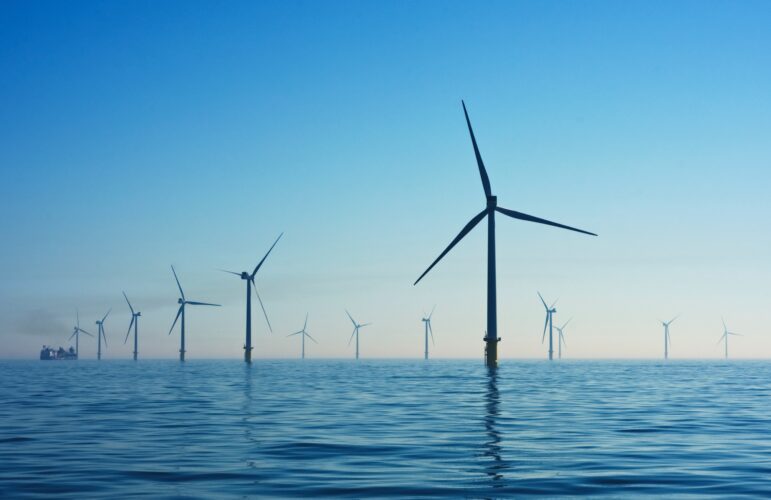 In 2022, Maryland established some of the most ambitious greenhouse gas reduction targets of any state. To help guide Maryland in meeting these goals, this report analyzes the potential of additional offshore wind development.

Maryland has a long history of valuing its residents’ health and the environment through legislation. With the passage of the Climate Solutions Now Act in 2022, Maryland established an ambitious target to reduce statewide greenhouse gas emissions by 60% from 2006 levels by 2031 and achieve net-zero emissions by 2045. While the Act does not specifically require offshore wind to meet emissions reduction targets, other states in the region (e.g., New York and Massachusetts) have concluded that they cannot achieve these levels of GHG reductions without large-scale offshore wind development. The Maryland Public Service Commission has already approved over 2 gigawatts GW of new offshore wind generation which is expected to be in service by 2026. To help guide Maryland in meeting accelerated carbon reduction goals outlined in the Climate Solutions Now Act, Chesapeake Climate Action Network commissioned this report to analyze the expected costs and benefits of Maryland adding an additional 6,000 MW of offshore wind generation beginning in 2028.

Offshore wind provides many benefits as an energy resource as it is a highly productive and renewable source that produces no greenhouse gases or other emissions. Beyond its zero emissions profile from generation, there is promise of substantial economic development benefits, direct reductions in electricity costs to customers, fuel diversification value, and significantly reduced air pollution. As states continue to transition generation supply to renewable and low/no emissions sources, offshore wind provides a unique alternative to traditional sources by providing coastal states with a previously unavailable option to meet and exceed state-level decarbonization goals.

While offshore wind has a longer history of development in Europe, it is a relatively new energy resource to the United States. The first commercial offshore wind project, the 30 MW Block Island Wind Farm off the coast of Rhode Island, went into operation in late 2016. Since that time, several other projects have come online, including two turbines off the coast of Virginia which began operation in 2020. Therefore, publicly available cost data for offshore wind projects in the United States is limited. The available cost data is constantly changing due to macroeconomic drivers like inflation and supply chain issues. Generally, costs have been declining because of advances in technology, engineering design, and manufacturing processes.

Under the low-cost scenario, offshore wind will return ratepayer energy benefits greater than its ratepayer costs even before considering environmental and health benefits. Under the high-cost scenario, ratepayer energy benefits alone do not completely offset costs. However, when aggregating environmental and health benefits with energy benefits, total benefits exceed the high levelized cost estimate. The analysis presented in this report can provide guidance and clarity as Maryland lawmakers consider ways to achieve the 60% reduction of greenhouse gases by 2030 and evaluate the impacts of expanding offshore wind energy procurement goals.