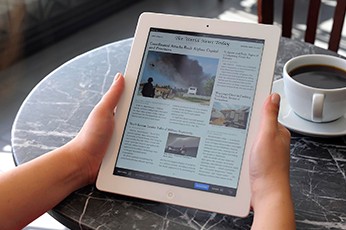 An Abell inquiry into one of the most prominent prototypes of the “new” newsroom.

The decline of the American newspaper prompted a vigorous search for the next new newsroom model.

This report profiles one of those potential prototypes, The Texas Tribune, a nonprofit, nonpartisan, digital news organization.

Since its launch in 2009, the Tribune has survived the start-up struggle, expanded its content and digital service, reached profitability, and built a publishing business that is the envy of most for-profit legacy newspapers. It has also won international acclaim and numerous honors, including nine Edward R. Murrow Awards from the Radio Television Digital News Association.

This report, written by former Baltimore County Executive and newspaper owner Ted Venetoulis, is a brief examination of one of the most formidable organizational alternatives to the retrenchment and declining presence of the daily print newspaper.