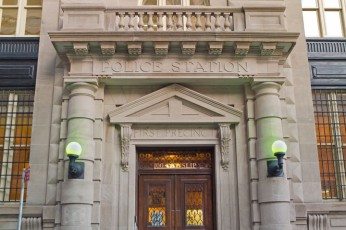 Reassessing the use of marijuana standards to screen police recruits in Maryland.

Over the past 15 years, the Baltimore Police Department has struggled to hire enough qualified police officers. One result is the Department’s reliance on overtime, which drives up costs, drives down morale, and weakens overall agency performance. Despite a recent uptick in recruitment, the Baltimore Police Department continues to grapple with a tight labor market, a slow application process, and a damaged public reputation. But the Department faces another barrier over which it has no control and that has a major impact on its ability to hire: statewide police hiring standards that automatically disqualify any applicant who has used marijuana in the past three years. During the first six months of 2017, for example, the state marijuana standard automatically disqualified 7 percent of all candidates, 8 percent of applicants from Baltimore City, and 8 percent of African American applicants.

In this Abell Report, public policy expert Nate Loewentheil reviews marijuana hiring standards for police departments across the United States and examines current arguments made in support of them. He finds that only seven states set police hiring standards related to drug use at the state level, and of those, Maryland’s three-year standard is tied with one other as the strictest. In the states that delegate drug standards to individual police departments, cities have generally opted for more lenient standards. In fact, many cities have eliminated predetermined standards for marijuana altogether, instead relying on holistic evaluations that place drug use in the context of a broader examination of a candidate’s physical and psychological fitness.

This shift reflects a growing realization of a simple fact: Marijuana hiring standards don’t work. Heavy marijuana use can have major impacts on individuals, and police departments are understandably wary of hiring officers who use the drug regularly. But there is little evidence that a history of marijuana use itself directly impacts police officer performance. Although marijuana use does often correlate with use of other drugs, police departments can rely on their overall screening process to eliminate candidates with a history of harder drug use rather than automatically disqualifying candidates who have only used marijuana.

With little evidence tying marijuana use to police performance, Loewentheil finds that public officials typically justify marijuana standards in terms of community norms. This argument does not hold water in Maryland, he argues. Baltimore and Maryland residents have grown increasingly comfortable with the use of marijuana, as reflected in regular polls. Today in Maryland more than 50 percent of residents support the legalization of marijuana, and 70 percent of Maryland residents support decriminalization of marijuana use and possession. These numbers are in line with national trends.

The report recommends that the Maryland Police Standards and Training Commission eliminate its marijuana standard, giving individual city and county agencies in Maryland the power to set their own standards as they see fit. Rather than using a strict standard here in Baltimore, the Police Department should employ a holistic evaluation that weighs any history of marijuana use in the context of a candidate’s broader life history and experience.