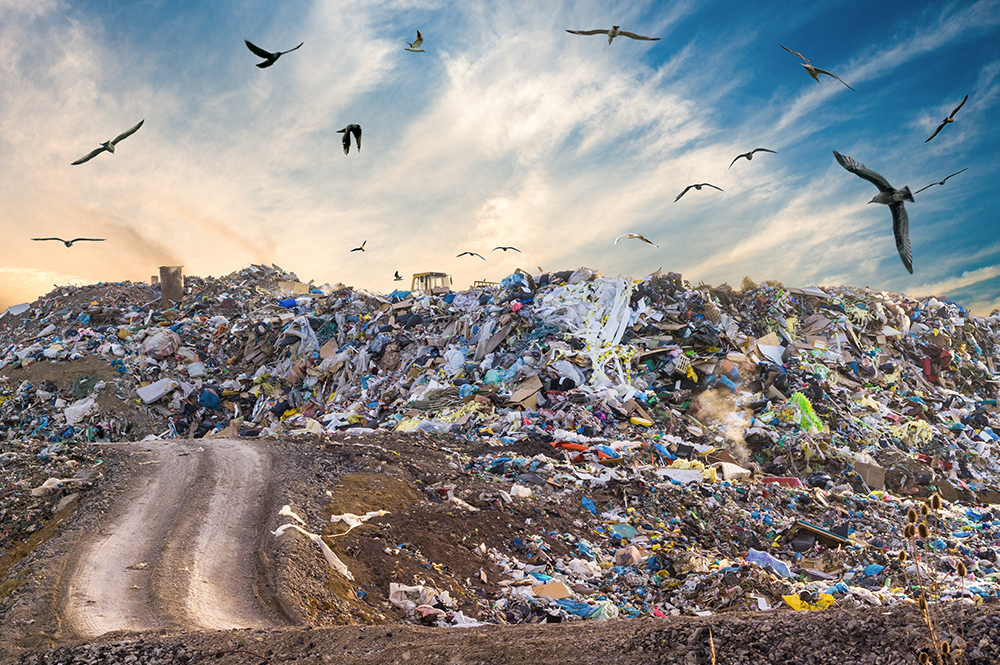 How much greenhouse gas is emitted from municipal waste landfills in Maryland? And what does that mean for the health and safety of our environment? With support from the Abell Foundation, the Environmental Integrity Project (EIP) examined the data and, in this report, share their very sobering findings.

Maryland is home to 19 active municipal waste landfills and 21 closed landfills, each producing potent greenhouse gases of methane and carbon dioxide. While all greenhouse gases affect the climate of the planet, over a 20-year period, each ton of methane released into the atmosphere has a global warming impact equivalent to about 86 tons of carbon dioxide, according to EPA and United Nation’s Intergovernmental Panel on Climate Change. Reducing methane emissions is essential to addressing rapidly rising global temperatures, yet most efforts to combat climate change have focused primarily on carbon dioxide. Methane has received less attention than it deserves, but that is changing. The Environmental Integrity Project’s report, “Greenhouse Gases from Maryland’s Landfills: Underestimated and Under Regulated,” reveals that municipal waste landfills are the single largest source of methane pollution in Maryland, even larger than the natural gas industry.

The Environmental Integrity Project (EIP) examined state and federal data on Maryland’s municipal waste landfill emissions, finding that they release far more greenhouse gases than the state’s previous estimates, contributing as much pollution as almost a million cars driving for a year, or four times the emissions of the average Maryland coal plant. The analysis revealed multiple calculation and data-based errors in MDE’s greenhouse gas inventory – including underestimating landfill gas production and excluding five landfills — that resulted in the sizeable underestimates of total landfill emissions. In total, decaying food, discarded consumer products, and other household waste in Maryland’s municipal waste landfills released more than four times the 12,500 tons of methane previously estimated by the Maryland Department of the Environment (MDE). Additionally, only about half (21 of 40) of the landfills operate any kind of gas collection or control systems, and only four of these must comply with any government standards to ensure that they work.

In response to EIP’s report, on June 9, 2021 MDE released an updated greenhouse gas inventory for the state that acknowledged mistakes. The updated official data now shows that municipal waste landfills released about 56,300 tons of methane in 2017, or 39% of all methane statewide compared to 13% as previously calculated.

To address the challenges, the report recommends the following:

In addition, it would be foolish to conclude that incinerating waste is a solution to the findings discussed in this report.