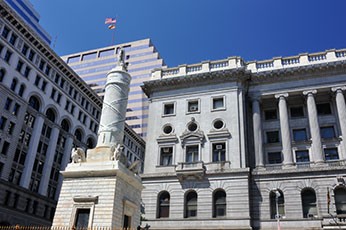 The bail system in Maryland is unfair, unsafe, and ineffective.

This Abell Report, written by John Clark of the Pretrial Justice Institute, provides an overview of why bail reform is urgently needed in Maryland; explores the recent efforts to achieve reform in Baltimore, and highlights recent progress in other states using evidence-based risk assessments that yield a more just, effective, and cost-efficient pretrial system.

What’s wrong with the current system?

Other states, including Colorado and Kentucky, have implemented evidence-based reforms that could provide a model for Maryland. Indeed, over the past few years, two high-level state commissions have studied Maryland’s bail system and recommended a series of reforms that would result in a major overhaul of that system.

“Finishing the Job: Modernizing Maryland’s Bail System” offers a path toward implementing the necessary changes and calls on local and state leaders to take action now.