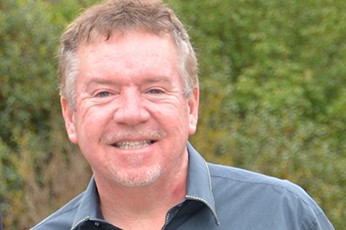 The Baltimore-Washington area receives more federal research funding than almost anywhere else in the country.  Yet it ranks close to the bottom in the availability of seed funding to grow businesses based on that research.  As a result, while Baltimore’s research sector is as fertile as Silicon Valley, the city has yet to reap the economic benefits that have accrued in northern California.

David Oros is trying to change that equation.

Three years ago, Oros created the $5 million Gamma3 fund to identify and invest in best-in-class, game changing and innovative technologies developed in Baltimore.  A former technology entrepreneur himself, Oros knew that the more than $2 billion in federal research funding flowing through Baltimore universities and labs, including Johns Hopkins, the Applied Physics Lab, and the University of Maryland, was fueling a largely untapped wave of new discoveries and new technologies.

Gamma3’s investment model is to rigorously evaluate developing technologies in the areas of regenerative medicine, medical devices, and cyber security and provide seed funding and management expertise to help grow the most promising technologies into Baltimore-based companies.  Those companies would, in turn, further develop and increase in value and create high skilled, high paying jobs in Baltimore.

Judging from standard investment metrics, the strategy has been successful to date.  Six of the seven companies that Gamma3 has helped to found have progressed to the next round of funding at higher valuations and stayed in the area.  Almost all of the companies have doubled their initial valuation, others have increased in value eight to 43 times.  The seventh company, launched two months ago, is on track for similar levels of success.

But Oros’ goal is not simply to help launch a handful of successful companies; it is to change the landscape of economic development in Baltimore City.

“We need to take a long-term vision and build companies here. Legg Mason, Under Armour, McCormick, T. Rowe Price… They are all Baltimore-born and bred.

“I want Gamma3 to become a model of investment in the city that others could follow… The long-term goal is to fund 100 tech companies in the area in 10 years. If we do that, and if each of those companies has, on average, 20 employees, we’ll be looking at 2,000 highly skilled, highly paid individuals living and working in Baltimore City. It would be a game changer for the city.”

In order to achieve that goal, Oros will need to attract other investors and their capital to Baltimore. “Not every fund tries to promote competition,” he said, “but we do.”

Oros is confident that other investors will recognize the tremendous opportunities that exist in Baltimore’s research labs.  He encourages them to follow Gamma3’s investment formula and seek out early stage companies that demonstrate:

The broader business community can help support the growing tech sector, Oros says, by continuing to support programs that help entrepreneurs, start-ups, and tech transfer initiatives. They can also provide mentoring by sitting on boards of new companies, introducing entrepreneurs to experienced executives, and investing in early stage companies.

“I was born in Baltimore City and have been blessed with successful businesses… I think this is how I can help Baltimore – by creating an environment my kids will move back to. I also really enjoy learning about new technology.”

Abell salutes David Oros and Gamma3 for investing in Baltimore’s technology community and creating a model for others to follow.